Self-consciously, I’ve been working at raising the quality of my photographs.  Where I once would have taken simple high-contrast landscape, I’ve been trying to put more thought into my pictures.  A good photograph should catch a mood or story, people add scale and comment, animated faces reflect the ambiance and impact of events.

As with dips into life drawing and pen-and-wash landscapes, I think that it forces me to notice more aspects of a place or time, people and culture, than I would if I just snapped along  from monument to overlook.

A friend has been advising me on what to look for in my next cameras, my brother gave me a book on composition to study.  As with any data acquisition, though, it’s ‘garbage in, garbage out’.  The best photograph is one that doesn’t need post-processing.

I’m trying to move from left to right, pinning the Shard two ways as: 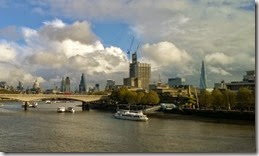 Thus, I was drawn to a recent FT article on Knut Skjaerven’s thoughts on street photography.  A self-characterized specialist in ‘philosophical aesthetics’, he teaches walking courses in observational photography, looking for examples of how people and environments can interact to elevate photographic composition.

For most people, the goal is a selfie in front of an icon or a striking moment captured mid-flight: disposable images that reveal nothing about either and serve only as waypoint testimonials. There should be more to a picture than what is there to look at, he suggests.  Tension and balance (and light, order, design, and harmony, adds George Seurat), patience and luck instead of arranged stagings.

It’s tricky in practice.  In Morocco, people don’t allow their pictures to be taken (others want to be paid for it). In the United States, parents worry if their children are photographed by strangers.  Government and police worry about terrorist snapshots; art galleries and museums about copyright. 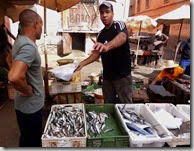 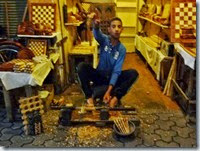 Skjaerven argues that photographers should watch the configurations of people and their interactions with the location. What pictures would make you feel as though you were standing on the edge of society and looking in at something unique and remarkable, something that would be insightful and memorable a month later. 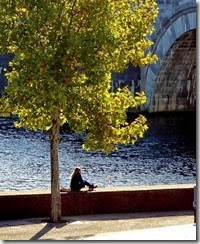 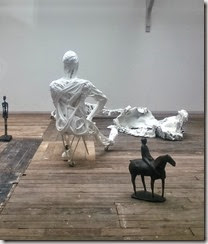 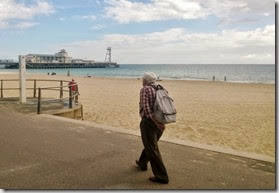 Very few, it’s a hard thing to do.  But my percentage of shots that I feel satisfied with is rising, with practice and a bit of study.  ‘still lots to learn and explore, though.