Dorset mornings are frosty, with feathery accents along the eaves and translucent shimmer on the  glass.  It disappears at the first touch of sunlight, with the first sips of black coffee.  ’not yet spring, but something that reminds me of it.

Today, I’m along the Thames path where Eton and Windsor straddle the river: history, tradition, and swans in abundance.  Eton is one of the foremost preparatory schools, closed to the public today so that students can prepare for exams.  Windsor is the home of the Royal Family, in residence today beneath the raised flag on the serrated tower.  Between, families are strolling the islands, picnicking on the banks, and cruising the waterways. 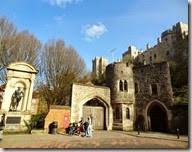 Its always a question whether the people inhabiting these institutions actually deserve to be there.  The monarchy is hereditary and the gauge is whether they discharge their roles competently, rather than their merit in being there.  A recent article cataloguing what will happen when the Queen dies (in short: Massive disruption too everyday life) highlights the dilemma.  Charles will likely take the role even though many might question that, for the good of the House and the Country, it should pass through to William.

And, across the river at Eton, what is the equivalence between merit and money?   People could argue that the most capable and motivated children should have priority for places at the  best schools.  But how to choose?  It’s easy to argue that first-generation money is hard-earned and that that the second-generation of that wealth self-selects the most capable students.  But I’m not comfortable with the conclusion,  fear losing the overlooked middle-class student who might change the world.

The Contemporary Fine Art Gallery eludes me this morning.  I stop into a bookshop for directions, noting that it’s American History shelf is filled with books about the European discovery of the New World, and nothing else.

The gallery turns out to be smallish and derivative, a mix of stone and wood sculptures, thoughtful and grotesque paintings. 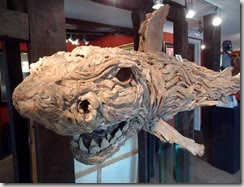 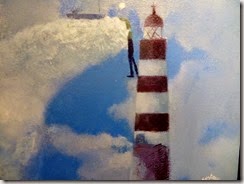 ‘Better an afternoon spent along the riverbank, sending instagrams and enjoying relaxed conversation over a citrus tart, letting the afternoon unwind, lazy as the river alongside.. 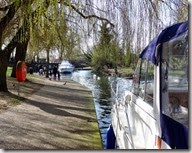 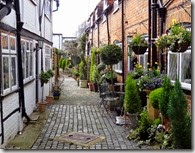