Conversation fell quiet as all three Welshmen bent over their phones, tapping intently around the table.  Beyond, it was all chatter and laughter amidst multicoloured glasses of beer along the harbour entrance.  Lithe singers bobbed to pop standards above on the big screen. 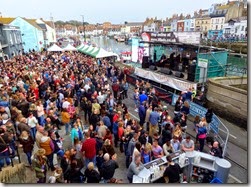 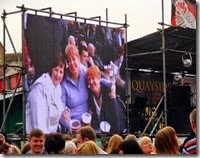 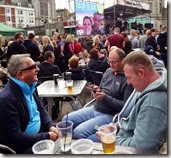 Send us your photos!  exhorted the announcer, a mix of #hashtags and social media sites supported.  I installed and registered Snapchat, linked to the festival site, and uploaded pictures of friends and couples.  Fifteen minutes, and there we were, smiling benevolently over the throng.

And with that, it became a competition: boys and tech and a little pride.

The first festival of the summer! mis-proclaimed the Quayside Music Festival alongside the river Wey. 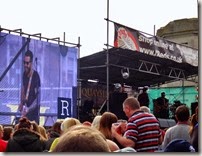 No matter.  It was a sunny day, Jurassic craft beer in all its varieties (dark to darker) flowed freely, and the music evoked happy youthful memories.  Weymouth is usually regarded as a poor sister of Bournemouth and Christchurch, well to the east, but the working waterfront was a nice accompaniment to the festival.

A Last Supper sand sculpture had been constructed as a nod to the holiday, but people were otherwise drawn to boats, beaches, and pulled-pork buns. 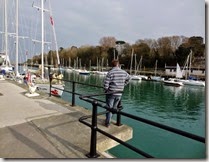 I worked on creating a Faces of Weymouth collage, trickier than it seems.  One face or many, the unique or the typical, the worn or the innocent, boats or beers. 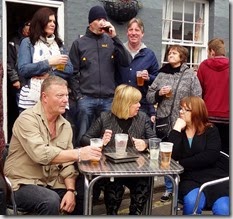 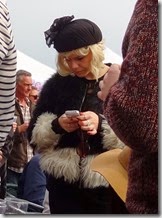 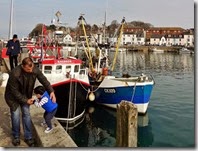 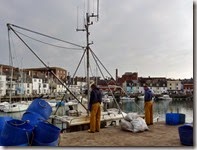 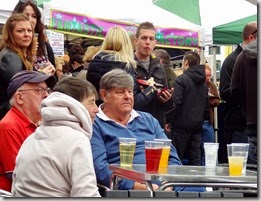 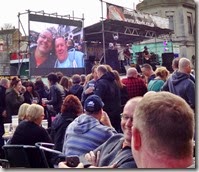 Everyone kicked back and  beamed as they succeeded in getting their own pictures posted above the crowd.  A toast to tech-savvy and masculine can-do-it-iveness…