Sixty years ago, Parkstone Bay was the base for a fleet of flying boats that connected England to the world.  Imperial Airways relocated from Southampton to Poole in 1939.   The British Overseas Airways Corporation (BOAC, the  predecessor of British Airways) was formed in 1940.   Bournemouth Airport operated as BOAC’s trans-Atlantic hub from 1944 as a transAtlantic hub until operations transferred to Heathrow in 1946.  There were extensive flight tracks laid across Poole Harbour for takeoff and landings (below).

Today, the planes are gone, the air facilities

converted to boatyards.  Trans-European flights still take place, though: The bay was converted to  Parkstone Bay Local Nature Reserve, supporting a variety of migratory birds with the RSPB. 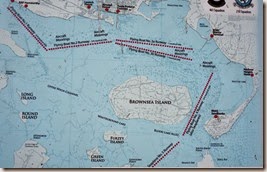 I came down to the park early this morning – its going to be a terrible week ahead and I needed a bit of peaceful space to think.  I like to game game the goals, boundaries, roles and scenarios so that I know how my responses when things take a turn.  It’s especially important since these meetings deal with perceived  injustices where I have little control.  I need the emotion behind me, or I’ll only focus on having my say instead of listening and solving. 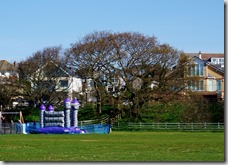 So, a couple of hours meander among the rocks and reeds, the water and the wind was welcome.   I looked for good images (the child’s bouncy castle set against the adult variety, the sailboats shadowing the ferry); I sat on the rocks and sipped warm coffee and reflected on the history.

Mostly, though I just enjoyed the Sunday morning quiet. 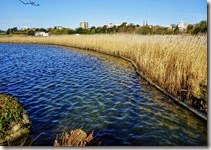 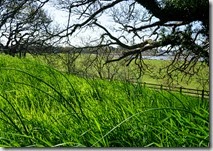 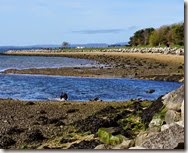