The Keukenhof Gardens, near Lisse and 15 minutes drive from Schiphol Airport, are a spring tradition among the Dutch and tourists visiting the Netherlands. Open only two months a year, mid-March to May, the park has been operating since 1949 when it was set up to showcase hybrid varieties and boost Dutch exports.  It’s now a self-contained destination that features many types of outdoor gardens, Flower arrangements in the Pavilions, and commercial areas for local growers.

The cold weather has delayed the arrival of the blooms this year: I’d say that we were about two weeks ahead of prime colour.  So the fields didn’t have the ‘brushstrokes of paint’ appearance, and the ‘River of Tulips’ hadn’t filled yet.

Still the Gardens were filled with other flowers, mainly daffodil and hyacinth, lots I don’t recognize slowly getting better, though).  They set off nicely along the lakes and formal garden areas, and glowed in the afternoon sunshine. 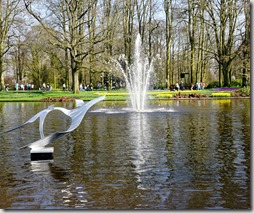 The pavilions held more mature displays, with an amazing variety of blooms, colours, and arrangements. 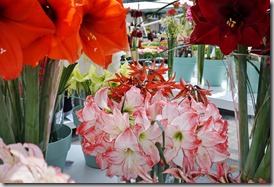 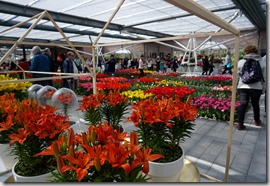 The Park had more ‘stage’ areas than I remember, scenes that were set up for group photos and selfies.  ‘no reason not to take advantage, though, even after so many years among the Dutch. 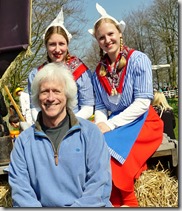 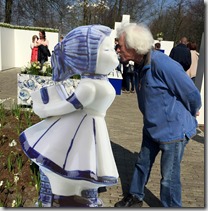 Following note: I left with a gift of a ‘black tulip’ plant from my w.wezen, which I watered and nurtured back to Poole where it has bloomed into something quite lovely. 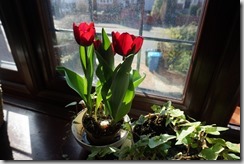