I gave myself three hours and a bit to get to the Ferry docks at Dover: its been raining hard all night and likely that the M25 would see some accidents even on a light Saturday morning. 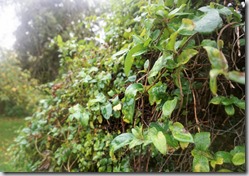 Predictably, my tablet (long since replacing my trusty TomTom) chirped disaster as I approached the ring road: a block with an hour-long delay forming near the Gatwick exit.  I sighed and turned into London, threading the neighborhoods to get around the block.  I turned up the radio to escape thinking about the week. 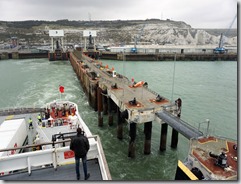 My podcasts were unified in their predictions of train wrecks after this week’s American election.  There’s more than a whiff of Brexit-shock in the American media at the moment: a ‘sure-thing’ outcome upended by the democratic process.  Change is needed, we need to move beyond Bush/Clinton.  But undoing eight years of Obama’s accomplishments is not going to be good for global stability or for most people. 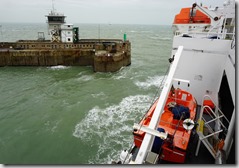 So I’m not happy about the prospect of a President Trump, and voted otherwise.  I hope that multi-party democracy  survives in both the US (and the UK, where Labor is struggling).   In Trump, I’m hoping for the best, and that we will find that he governs (per Zito’s recent analysis) seriously instead of literally.   As Van Jones observed in David Axelrod’s interview, we haven’t looked in on his half of the country to see how they were doing under globalization.  In truth, they haven’t been doing very well, and we do need to take their problems as seriously as we do our liberal causes. 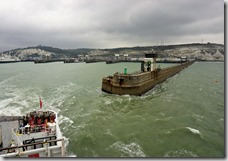 Nowhere is this more clear than on immigration policy and multiculturalism.  The Economist published a study showing that the rate of immigration was the best predictor of anti-immigration sentiment, rather than the amount of it.  Humanitarian policies will need to adapt to this reality, limiting the pace of change for both sides, perhaps focused on keeping people in their homes rather than creating streams of refugees. 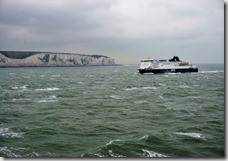 A recent This American Life illustrated clearly how the breakdown of trust between peoples happens.  Initially, for St. Cloud Minnesota, it was just a simple zoning dispute.  There were too many well-intentioned calls for more assimilation, too much false provocation by outside opportunists.  I think eventual solution must be personal ones.  Fears will abate once people on each side have friends on the other, as happened across racial and gay divides.  But it will take time and tolerance, both of which may be lost under President Trump.

At least we can hope for a beautiful wall, as Mexican artists recently imagined.

Arriving at the docks, the wind is gusting, beating waves against the breakwall.  It’s bitter cold on deck, winter not far away.  Departure was interesting: closer to the harbour barriers than usual, bringing out the spectators.  Once at sea, though, I got a bit of work done, and we pulled into Dunkirk at sunset.  A sprint across Belgium, and an early evening arrival in Maastricht.

My Dutch home is neat and clean

, warm and familiar.  I take a welkom bierje from Bert in the streetside cafe, a change from the secret gardens favoured in the UK.  The world seems certain to draw apart in the coming years, it would be nice if political storms and economic winter were not a result.