I‘m in the last pre-Christmas travel tumble, a quick oscillation between the UK and NL before taking wing to the US.  Eurostar was pricing Standard and Premium at the same fare so I took the upgrade to see how the other half lives.  Nicer seats, power plugs; no wi-fi, but free magazines and a ‘light snack’ accompanied by a nice Medoc.

‘Pleasant enough journey, but not an upgrade I’d do for more than 15 euro.

It was also a cold journey biting wind and drizzling rain.  I worked on receipts and tax reviews, read a bit, listened to the news.  We pulled into Brussels a half hour late, but the trains connected well enough to still arrive in Maastricht by 9.

They always do a nice Christmas here.  There was a choir in the station and lights reflected in puddles on the streets. 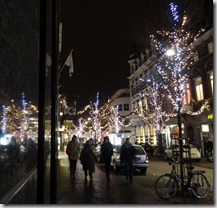 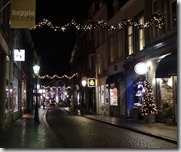 There are cascades of lights crowning the Sint Servaasbrug (once again under repair) and icicle lights among the trees in Kesselskade.  I suspect that the SMS-Tree is even back in the Mossae Forum (text a number, change the lights).

No sign of the Christmas Market at the river; certainly no repeat of the city-wide celebration from a few years back.

But, over at the Vrijthof, things are still hopping as they always have.

I hop back and forth across the Channel a lot – I didn’t realize how often until I was discussing it with a colleague yesterday who said that he hasn’t been on a ferry since college.  I do it monthly.  I don’t mind it – it’s a nice break on the trip from Cambridge to Maastricht and, if the seas are calm 9rarely), I can get a few thoughts organized after a couple of hour’s windshield time getting to the docks.

Today I had afternoon meetings out towards Oxford, then needed to get to France before 9 pm.  The veerboot timing simply wasn’t going to cut it, but aferry.com threw up a good fare on the EuroTunnel options.

I’d never done it before, it’s only half an hour across the channel (as compared with three times that much by ferry, so I went for it.

In some ways, it’s a lot like getting on the ferry.  Exiting at Folkstone (after the same dash along the last motorway after traffic jams on the M25 Orbital), there’s a short, dedicated road to the layers of ticket check and passport control.  You get a card telling you which line to join.  You queue up ahead of being allowed to board. 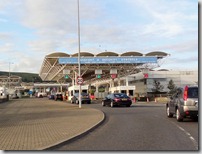 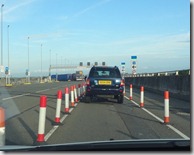 Then it changes.  The rail cars are rolling stock, fully enclosed with a portal in the side to admit vehicles.  Once inside, you jam up against one another, four to a narrow cylindrical compartment with small portholes.  The doors are valved shut, the staff checks that everything is locked down, and the announcements begin.  You stay in the car throughout the trip, barely room to open a door and no room to open the boot once inside. 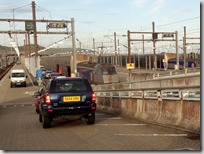 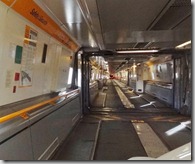 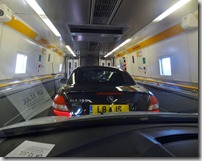 The train glides forward gently, then angles a few degrees down at the nose. I don’t know how to describe it other than like a submarine: the windows go black and there’s a perceptible feeling of diving under the Channel.  Staff comes through every 10 minutes to check that nobody is smoking or taking flash pictures (apparently it upsets the fire detection system) and the whole compartment gently sways and bumps through the darkness outside.  It’s stuffy, even though its well lit.

France comes quickly and cars are of and onto the highway without the 20-minute delays common at the Calais docks.  In that sense, it’s really nice: there’s more time for the really important things on the other side. 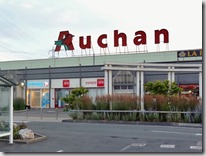 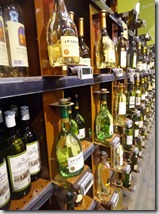 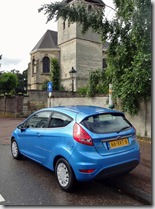 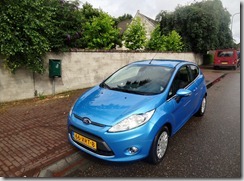 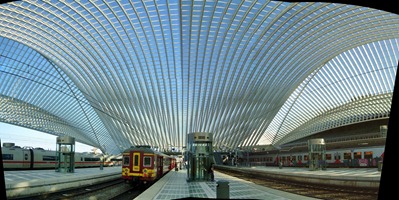 The Eurostar slid into Brussels Midi a bit after 3; I tugged my suitcase off the doorway, three long steps above the platform, and incanted Ik stap uit de trein.  It probably cuts no ice in the French-speaking capital of Europe, but the parallel Dutch narrative helps with vocabulary (and to find words that I need to learn).

The connectors trip me up more than the nouns and verbs.  If, actually, then, because, except, though, like… I think in compound thoughts and fidget when my sentences don’t have phrases.

It’s not just the words (als, eigenlijk, dan, omdat, behalve, toch,  net als), but the way they affect word order, when to add an ‘e’, the form of the verb.

And by the time I sort that out, I’ve lost track of the sentence or the conversation has moved on.

I tuck my earbuds deeper: I should be listening to Niewslijn, but NPR takes less concentration in a crowded terminal.  I scan the boards for Liege, find Luik, and head for track 4a.  A bathroom break would be nice, but I’ve got 20 euro and 40p, a bad combination for the 50p entry fee.

The commentator drones about the new wave of male waxing.  Apparently limited to chest hair, it still sounds very affected.  Nearby, John Travolta dances with Princess Diana on a magazine cover – I shake my head.  Urban Cowboy, Saturday Night Fever: He was the king of affect, of becoming someone you want to be just by changing your costume.  A sidestep, really, that keeps you 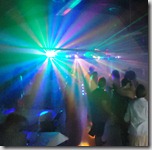 from ever becoming who you want to be.

The 70’s rolled into Cambridgeshire last weekend; everyone (over 50) dressing up in big hair and loud colors.

I don’t think that the British ever did disco, really, so the music is Beatles and ABBA.  I wonder whether our music will survive once our generation is gone; even now it sounds cliché.  Multicolor lasers flicker from robotic hardware: scientists in the 60’s would have killed for this kit.  Now they pulse to YMCA in a simple village hall.

Still, it’s a familiar rhythm and happy memories follow from every melody.  And it doesn’t feel affected.

The train is late, but the sun is out and it’s nice to sit along the platform, watching the people and the transport. People ask if I get lonely, and I suppose that a birch-bark blond fifty-something, alone on the platform with a suitcase beneath his legs, evokes something of that sentiment.  Certainly there are ideas I’d talk about; idle chit-chat to share.  But at the same time, I am busy with notes and narratives, plans and sketches, and the time passes quickly.

Finally, the train arrives, and Ik stap aan, then off to Luik,  frowning at my computer screen as I try to adopt the new spreadsheets that my accountants want me to use.

The steden en dorpen slide by against the green countryside:   Leuven…St. Truiden…Huisen… Hasselt…Genk ?  I realize that the line has swung far north of the main line if, indeed, I was ever on the right train to begin with.  Damn.

Nouns, verbs, no problem.  It’s the connections. that throw me.

I’ve always been a fan of train travel in Europe: it’s clean, convenient, quick, and scenic.  So, when asked if I could help find youth fares for a return ticket from Paris to Amsterdam, I thought it would be a breeze.

Europe is moving towards an integrated rail ticketing system, RailEurope, available online or over the phone.  It is used for reserving seats for cross-border travel between major cities.  “Local” trains, without reserved seats, are generally booked at the station on the day of travel or are supported by national rail passes.

The RailEurope website is straightforward for anyone familiar with making online plane reservations, but I quickly ran into problems as displayed fares couldn’t be booked.  It wasn’t a payment problem, but rather a difficulty with displayed seats being unavailable for reservation.  So, I called the central booking office in England to complete the reservation.

Their agents are very helpful, quickly finding reasonable youth fares at 40 euro each way on the high-speed link.  But, again, as they tried to complete the bookings, the system removed the available seats, doubling the price at each attempt to complete a booking on the remaining slots.  It’s frustrating: the agent commented that there is lots of competition on busy lines.  Please.  It was past 10 pm, it didn’t seem reasonable that all of Europe is competing with me for those same seats.

By now, the price was approaching the cost of an InterRail Global Pass, a ticket which allows unlimited travel on all European Railway networks.  It’s actually not a bad alternative: a pass valid for 5 travel days within a 10 day window starts at 150 euro.  There are 5 euro surcharges to guarantee a spot on trains with reserved seating, but unlimited local travel within the five travel days.  The only other alternative is an EURailPass, but the price is vastly higher: 500 euro for 15 days.

Reviewing the options, the InterRail pass gave the most value for the euro.  I took the information so that the passenger could buy the tickets in Paris the next day.  But then everything broke down when trying to actually *buy* the option that the agent identified.

First, there is a six-month residency rule, requiring proof to supplement the passport.  Otherwise passes must be bought, in person, in your home country.  Further, the number of seats available to pass-holders is also limited, and surcharges increase quickly in parallel with the underlying ticket prices.

Fine, then, back to the simple RailEurope bookings.  This quickly turned into an even larger headache as we fully engaged their byzantine ticketing system:

It is hugely frustrating and time consuming.  The central and station agents are patient and understanding, but they are really struggling to cope with their booking computers and rule systems.   It requires hours to make a booking: the process of finding a fare, losing it, finding a new one, losing it again is endless and payment and delivery options are not workable for circumstances where the payer and passenger are distant from one another.

In the end, it ended well by having the purchaser buy the tickets at a local station and mail them to the passenger.  But why should it be so hard to do something so simple?