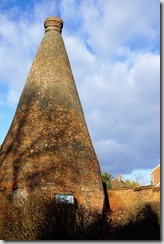 In 1416, Michael Warwick accepted a commission for making 200,000 bricks for Thomas Stonor for the princely sum of £40, and to deliver them three miles away for an additional £15.  While tiles had long been made in the region, this was the beginning of local brick manufacture that flourished for 500 years.

My Sunday evening route from Colworth Science Park towards Reading snakes through the Chilterns, a region of chalk cliffs and woodlands northwest of London.  The region’s quarries provided flinty clays for brick-making; the forests fed the fires.  ‘Flemyngges’ immigrants from the future Netherlands / Belgium region, brought material knowledge and process skills. 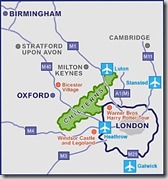 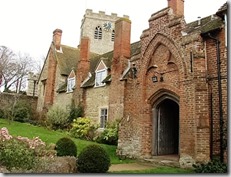 The heritage shows in the use of Corbie Step gables in facades of nearby Ewelme  (right, above: the Almshouse).  Square Corbie steps are distinguished from the more flowing curves of a traditional Dutch Gable, which came into favour a hundred years later (visible in the Sue Ryder Care Center, across the street, below). 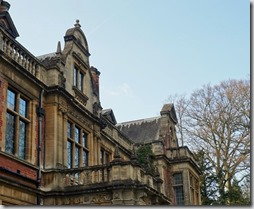 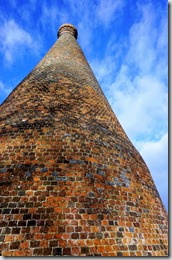 it’s a lovely thing, the bricks glowing in natural patterns from age and use.  It’s almost mosaic art when I visited it near sunset.

Eric Nye suggests that a £40 payment for a load of bricks could be worth nearly £24,000 today.  It would have been a big commission for a new, small business, the kind that can make a business grow and succeed.

It was a day for meeting with my investors at Colworth as well, looking through the synthesis and coating processes, meeting the folks doing the work, speculating on price, demand, and competition.  ‘not so different, I suspect, from Michael Warwick’s concerns and excitements.

I took a break to walk through Nettlebed, a pint in the pub and a few photos of the winding streets and parks, all lined with brick buildings.  I missed, however, finding the two Pudding Stones, reputed to be millions of years old and once used for mounting horses.

‘for a future visit, then.